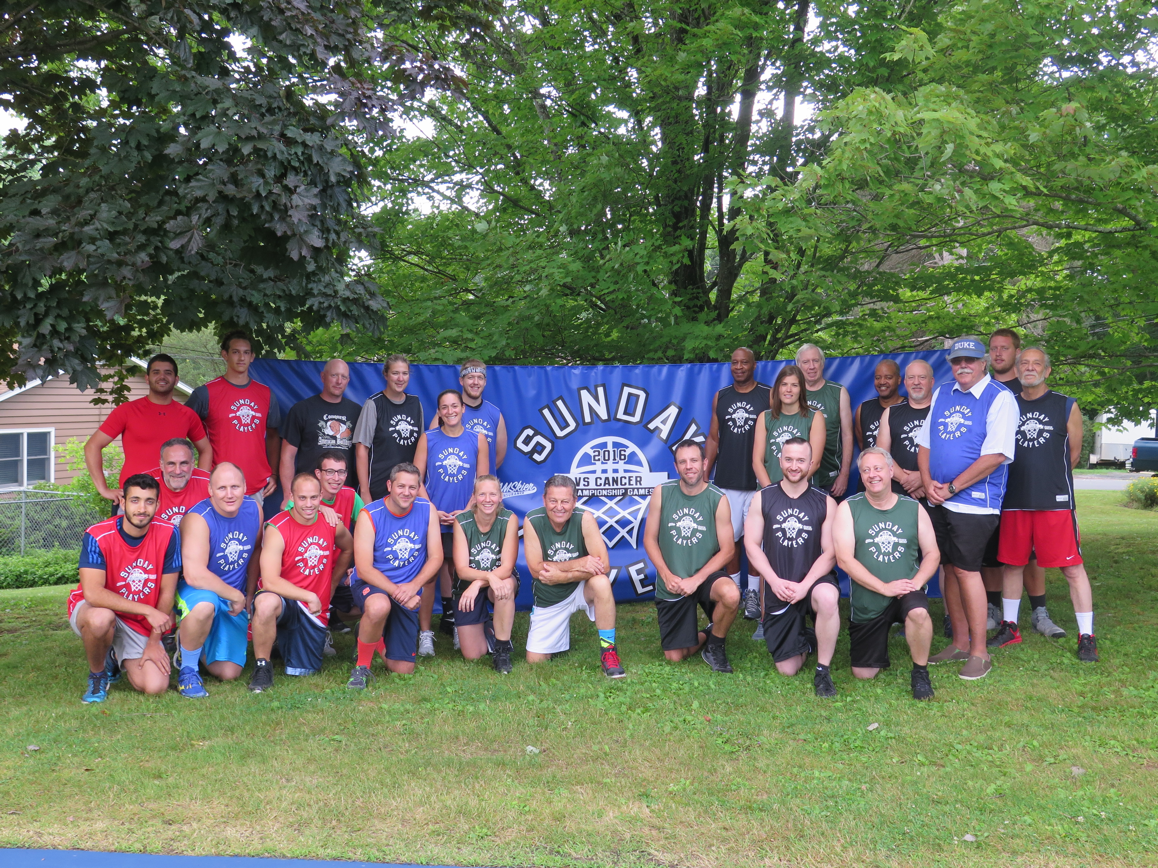 The Sunday Players are a determined group of women and men who play basketball year-round every Sunday. Their summer home basketball venue is a cherished half-court on Hillcrest in Honesdale, Pennsylvania, which is known as Court Skier, a site where games have been played for over fifty years.

Three years ago, Spencer Williams and Henry Skier met and became fast friends. Spencer is a life-long basketball player, an alumnus of Lafayette College’s Division I team, and now a Sunday Player. But in 2015, his game was interrupted and his life threatened by a shocking diagnosis for a young man: stomach cancer. He spent the year getting well and pledged to rejoin the Sunday Players on the court as soon as he could.

In 2016, Spencer returned to the games as a player and joined Henry in supporting Coaches vs. Cancer by helping those living with cancer. Sunday Players Championship Games raised $3,300 for Coaches vs. Cancer of Northeastern Pennsylvania.

“All of our Sunday Players are deeply committed to the cause of Coaches vs. Cancer, which provides critical support to people in need,” Skier said. “I’m proud that our annual Sunday Players Championship Games can support our friend Spencer and many other people affected by cancer.”

Coaches vs. Cancer of Northeastern Pennsylvania provides support services for individuals affected by cancer, including rides to chemotherapy, financial support and ways to connect with other people with the same diagnosis.