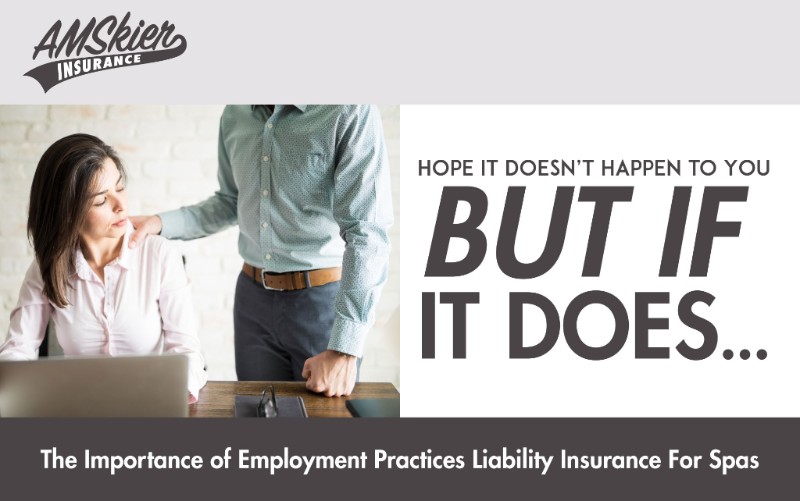 Traditional liability insurance does not offer protection against discrimination and harassment suits. Separate coverage known as Employment Practices Liability Insurance (EPLI) will provide the protection you need for both the cost to defend these claims as well as to pay potential judgments or settlements.

You need EPLI coverage and this is why::

The average settlement for a discrimination claim is forty thousand dollars, with ten percent of claims resulting in awards of $1 million or more. Even if you are ultimately exonerated, legal fees to defend such cases average $125,000. Sexual harassment settlements averaged $20,000 in 2014 and are steadily on the rise, as are the number of claims filed. Anti-discrimination/harassment laws almost always provide that in the event of a successful claim, the employer is also responsible for the employee’s legal fees.

Ask AMSkier to help you make sure you have the coverage you need. Contact Gretchen Ruddy (GretchenR@amskier.com) for more information.

We'd Love To Hear From You!